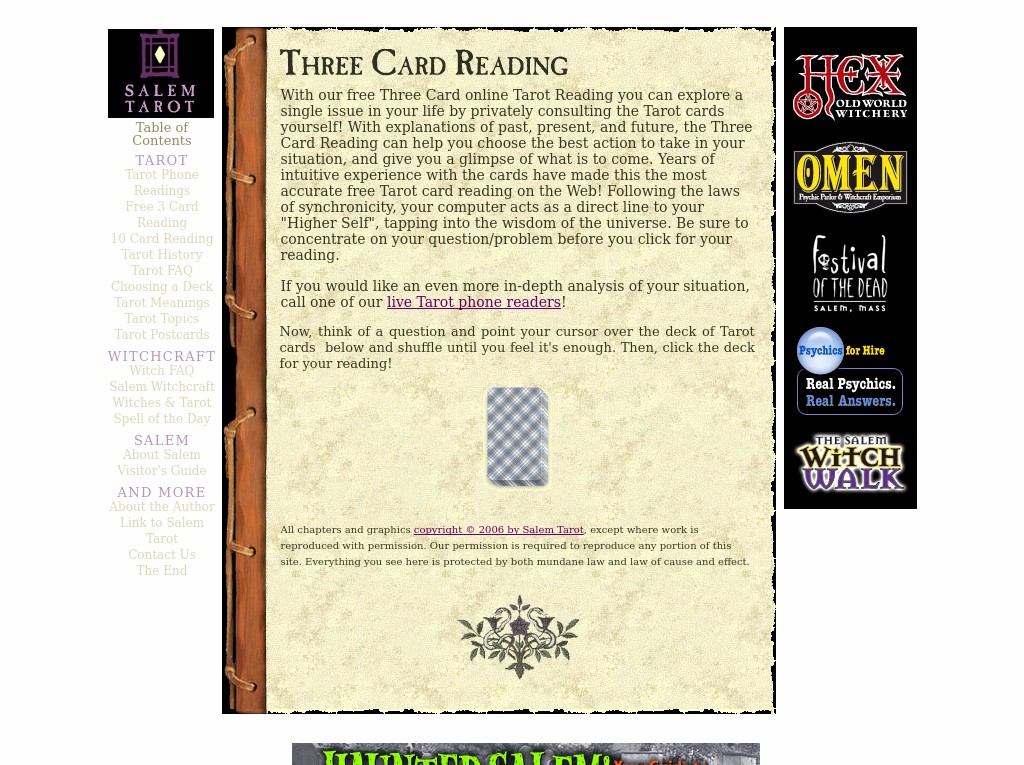 Salem Tarot was created in 1995 by Salem, Massachusetts warlock Christian Day, “the world’s best known warlock.” Christian Day is a successful warlock, if not of the occult arts than of marketing. He owns two occult shops in Salem, a psychic hotline, and hosts witchcraft events. Salem Tarot links to his various online endeavors. Christian Day, however, is one of the people responsible for making the town of Salem into a tourism destination, keeping alive the memory of the Salem witch trials, but mostly becoming a go-to spot for serious fans of Halloween. He’s a polarizing figure to say the least.

This however, isn’t really the best part about this website. Go to the Table of Contents to learn about tarot. These are well-written articles, albeit from a witch’s point of view.

- Salem Tarot offers a free reading that is insightful and understandable.
- Salem Tarot has a list of articles about tarot for the curious beginner.
- Salem Tarot is part of a larger sphere of psychic services, accessible from the website.

You can’t choose your cards on Salem Tarot, and while I disagree with some of the interpretations, I don’t think they’re incorrect.

Back to Home
1. Ak Tarot 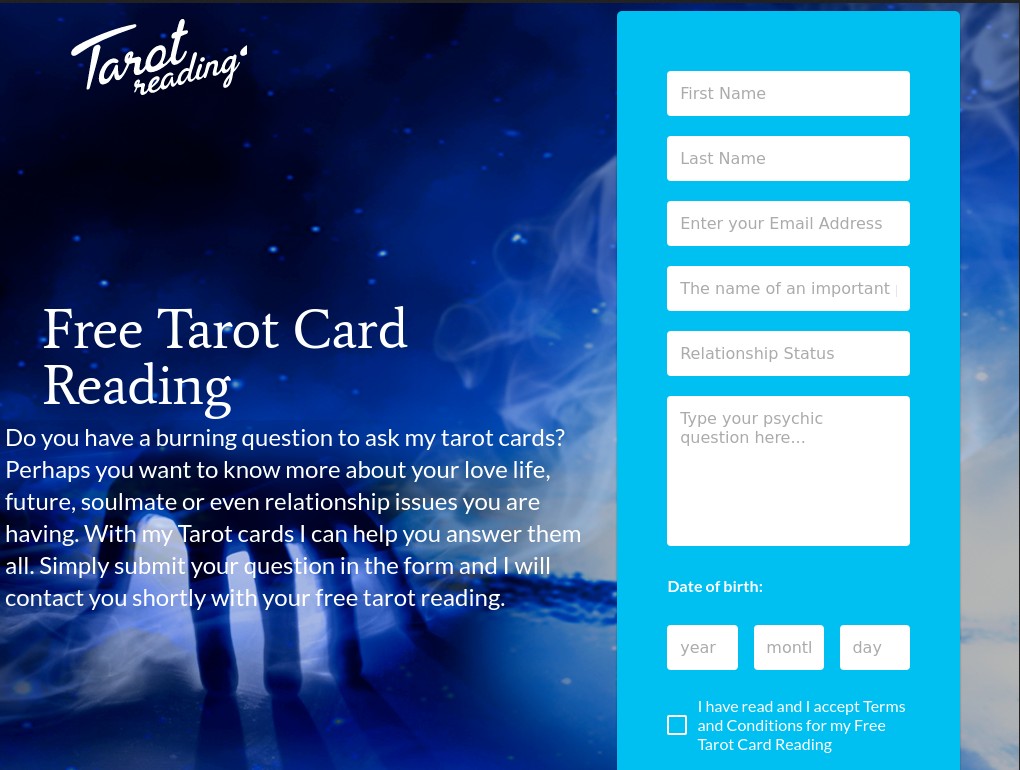 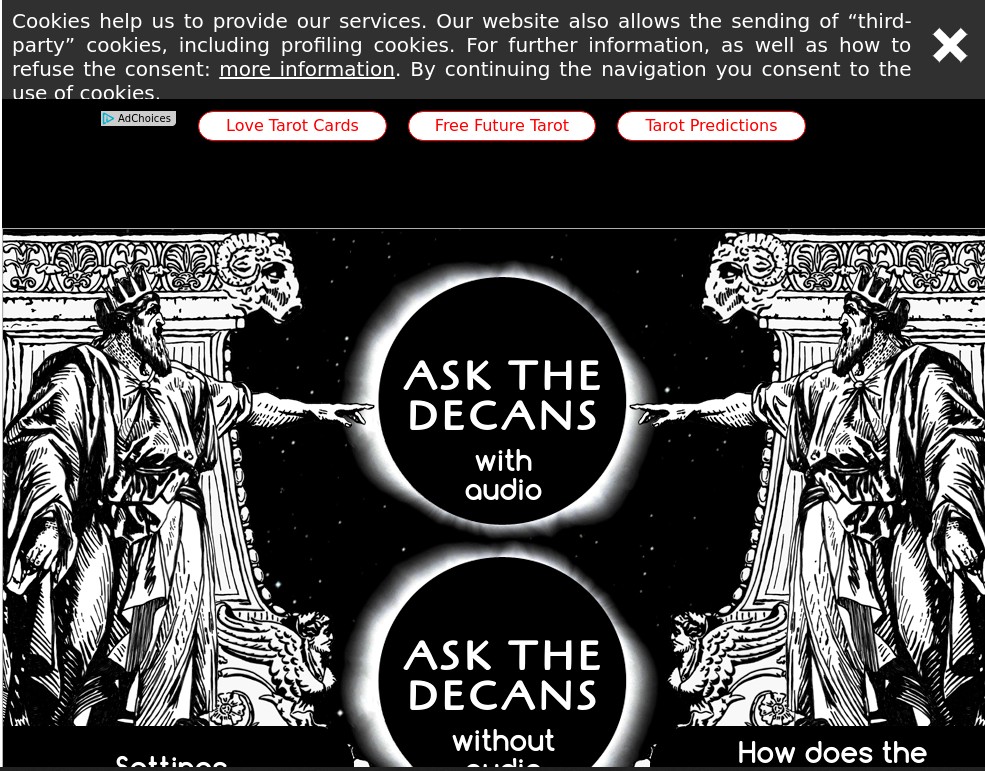 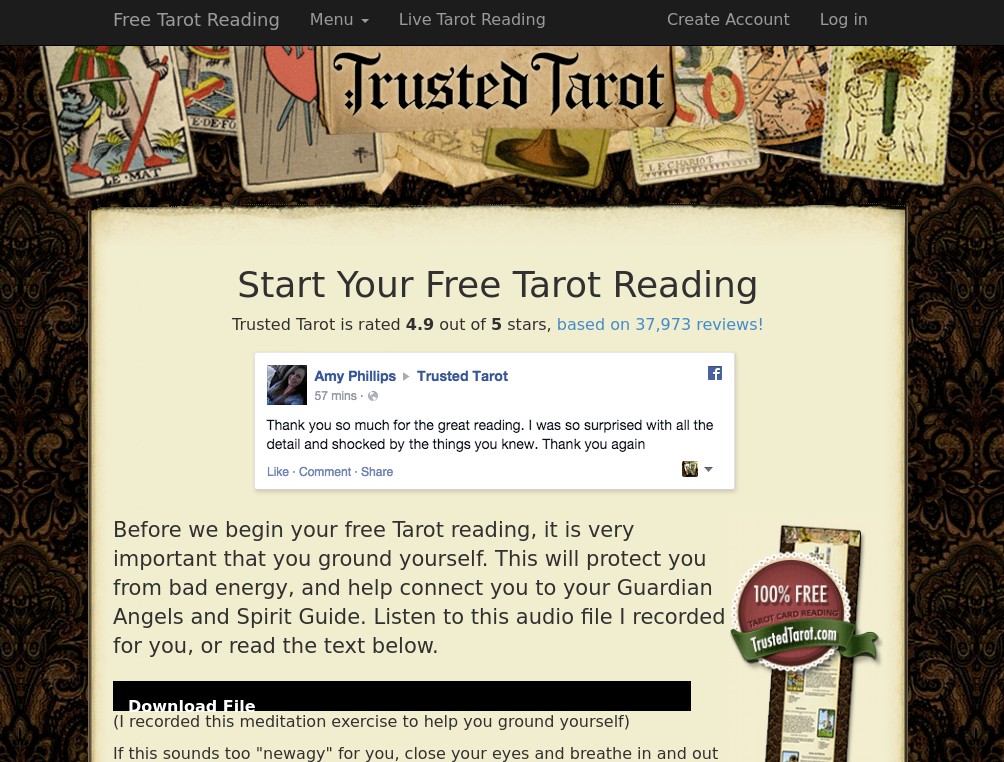 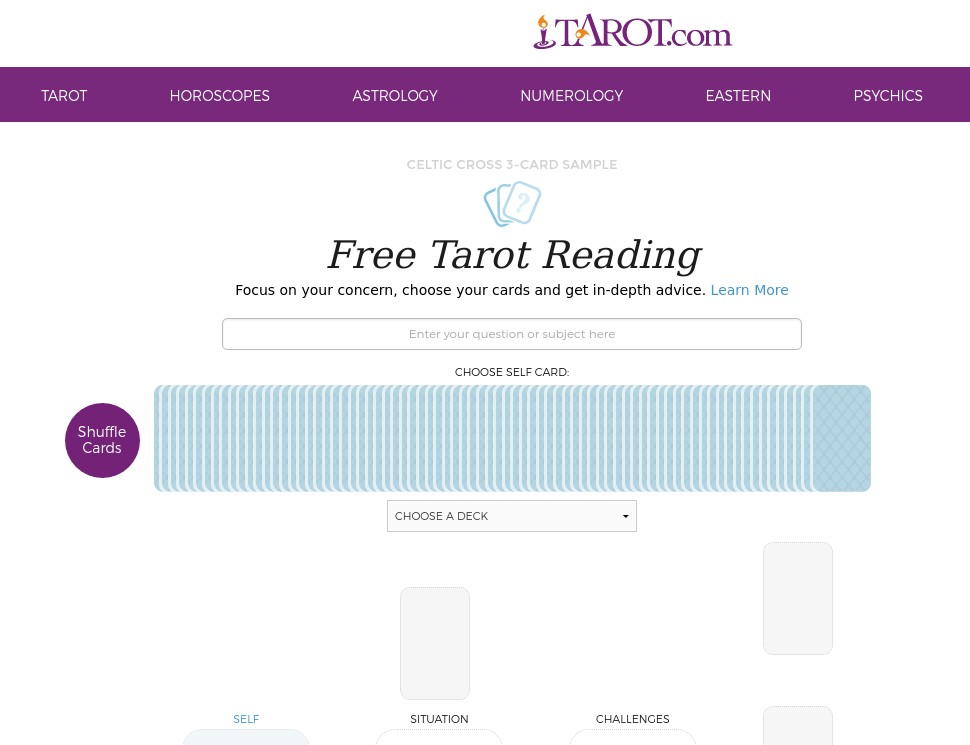 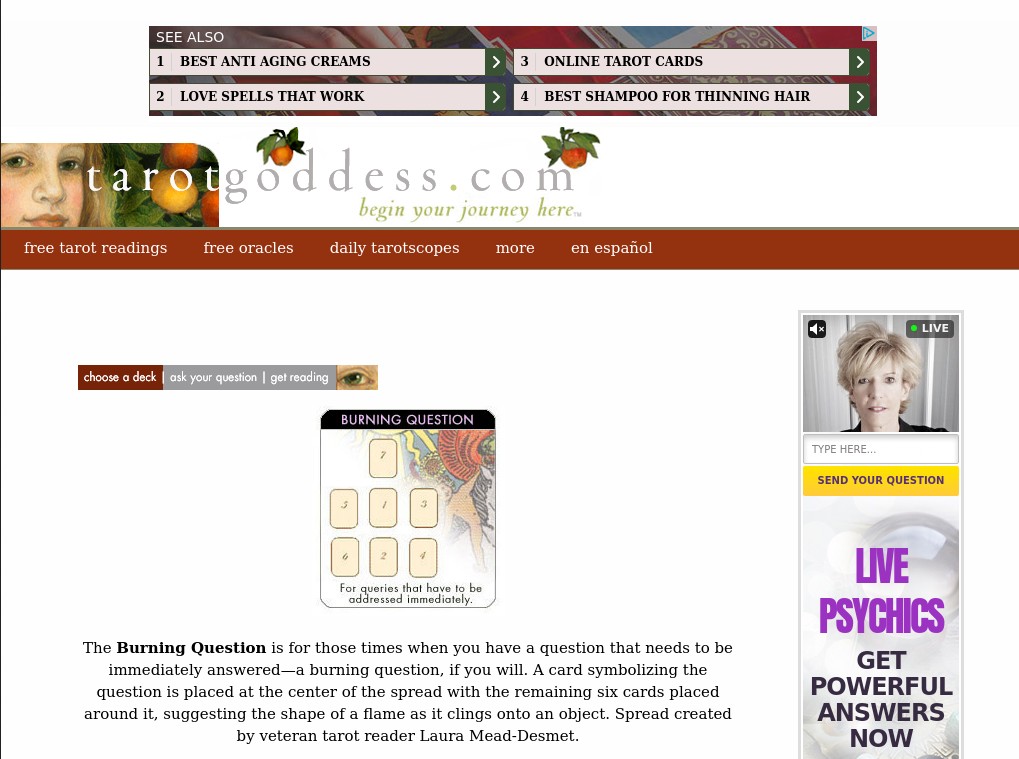 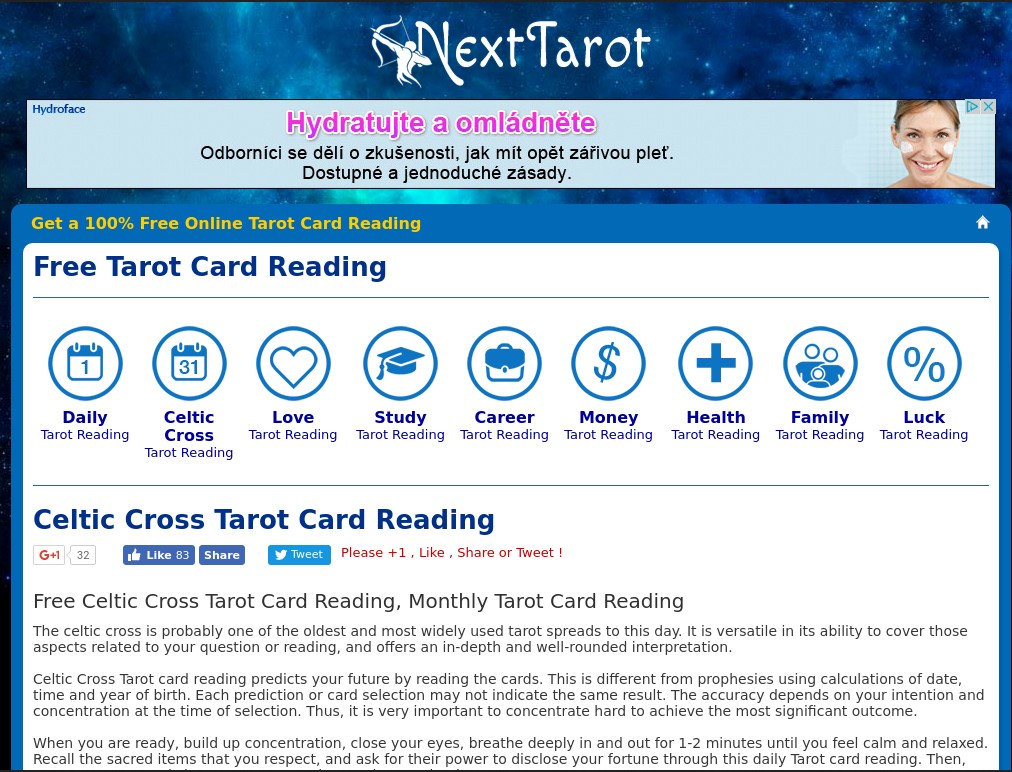 View all the Free Tarot Readings (7)