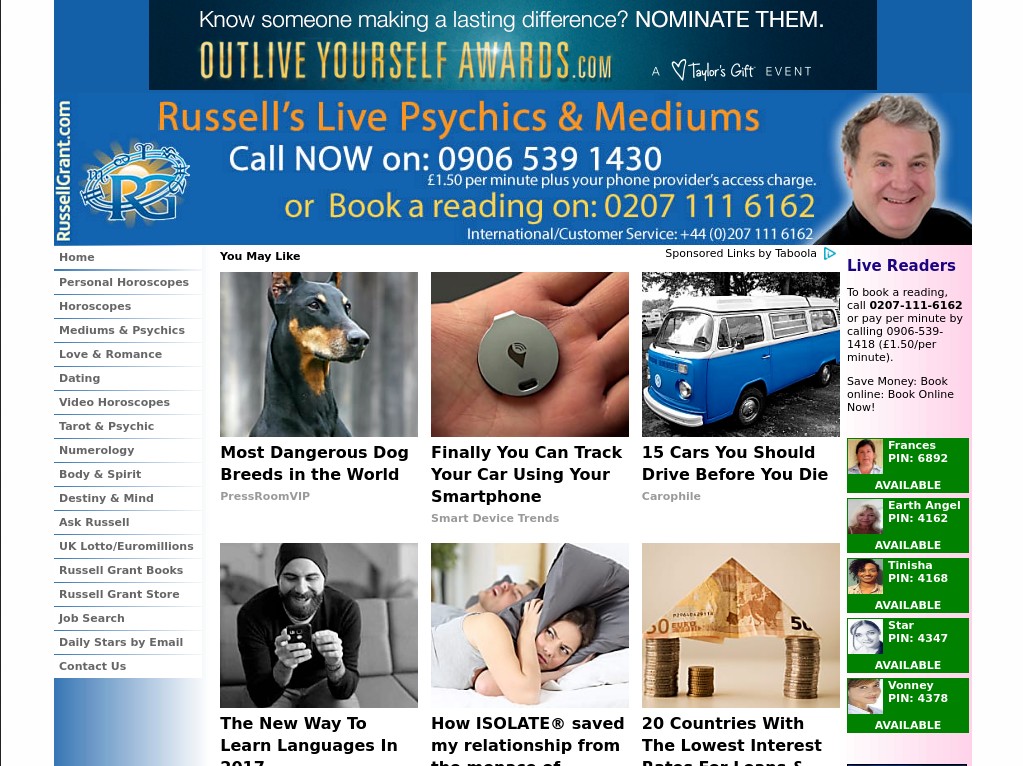 Russell Grant is a British astrologer and reality television star. You wouldn’t know that from his website, as he’s got no less than nine affiliate ads on his website. If you like the feeling and sound of your laptop overheating, this is the website for you. Seriously: Russell Grant is a media personality. Even Perez Hilton doesn’t run this many ads per page at once.

The good news is that you can find what you actually want on this website -- his horoscopes – immediately on the top left. Still you’re going to be wading through all the ads, but he’s got computer-generated readings for everything, including forecasts, newborn babies, careers, love, lucky money, and changing your life, which relates back to one of is recent books.

Truthfully, for a well-known astrologer, his website really disappoints. It’s as if someone created an astrology website, slapped up a bunch of reports, sold 75% of the site for ad space, and then licensed Russell Grant’s face. There is nothing on this page to indicate that Russell Grant is actually involved. I mean, there’s actually a job search link that has nothing to do with astrology. There’s also a link to the British lottery, which I suppose is a logical addition if you’re also offering lucky numbers reports. But who knows if that’s even him answering questions on Ask Russell, since the answers are flat, as if Grant took a valium and phoned the answers to his personal assistant before getting to his mailbag.

This could be any person’s website. Other than his face, this website has nothing Russell Grant about it. And all the ads. Seriously? 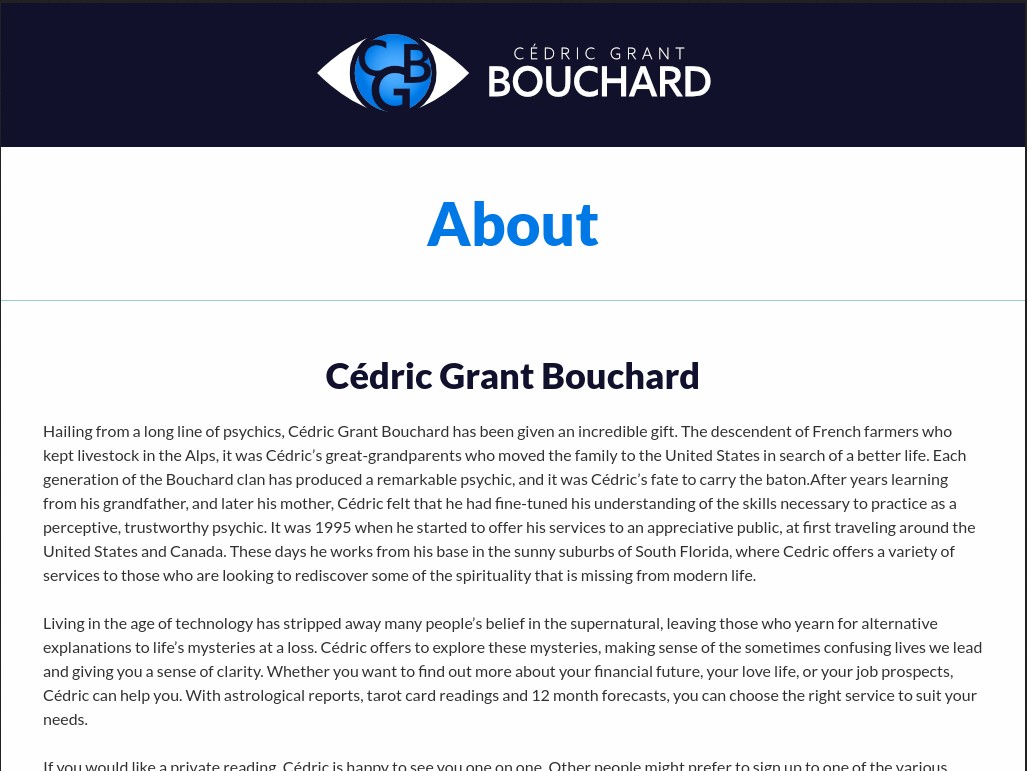 View all the Online Psychics (2)