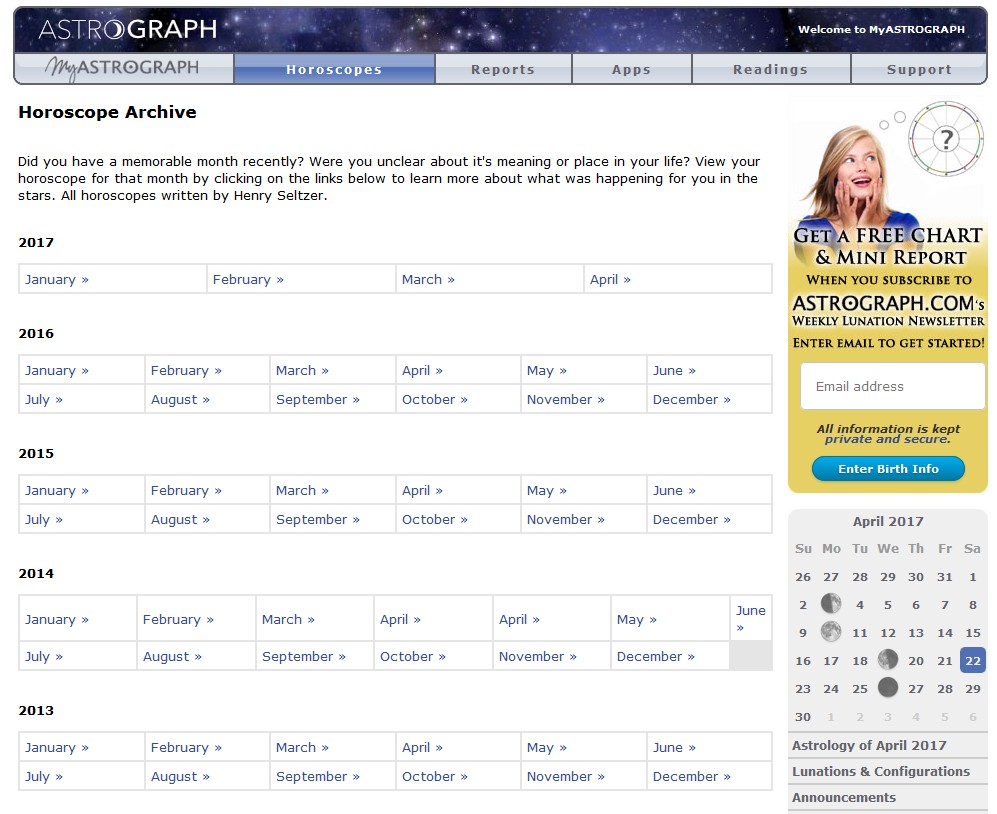 There are weekly horoscopes, one for each phase of the moon. This makes sense, and the tides of our lives are affected by the lunar cycle; in fact the word “month” comes from moon. While we have a solar calendar in the west, those who use a lunar calendar have 13 months, as there are 13 full cycles of the moon each year. These weekly horoscopes are of special importance to those who study lunar astrology or are more affected by the phases of the moon than other people.

One of the great things about astrograph.com is that it has stuff for the new student, even if the horoscopes aren’t entirely accessible. One of the difficult things about having an astrology website is what audience to target. Astrograph targets both advanced and new astrologers, so that those who want to start learning aren’t left out.

Because this website is largely written for those already familiar with astrology beyond their sun sign, it could be inaccessible to ethusiasts.

Back to Home
1. Sag Horoscope Archive 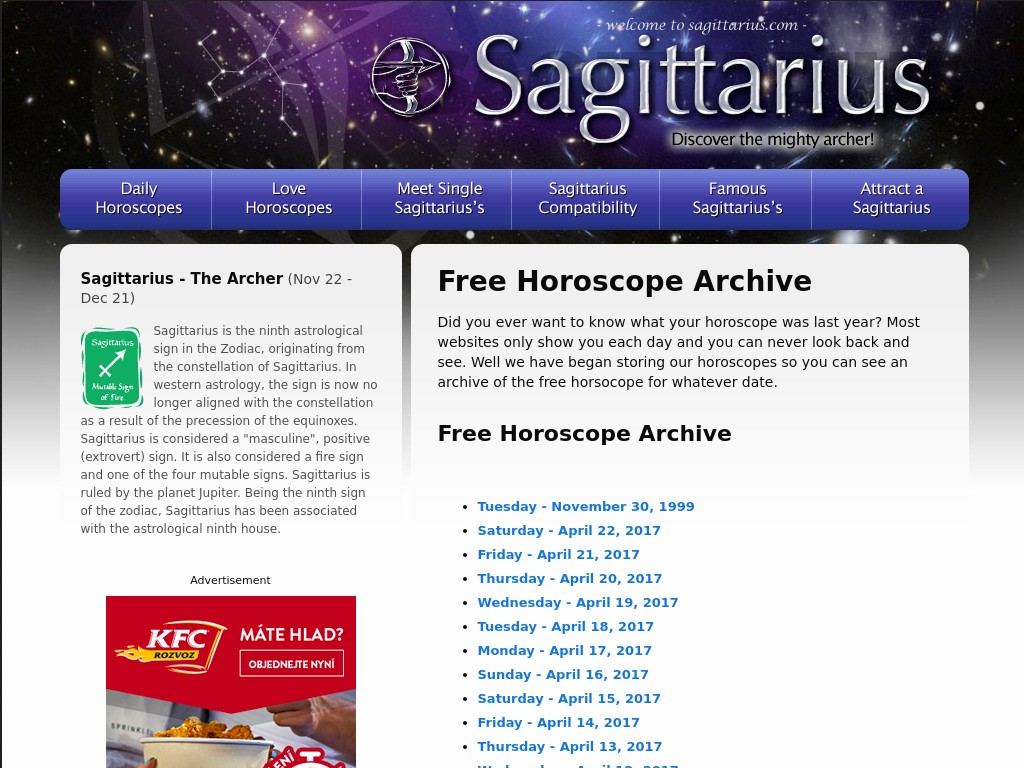 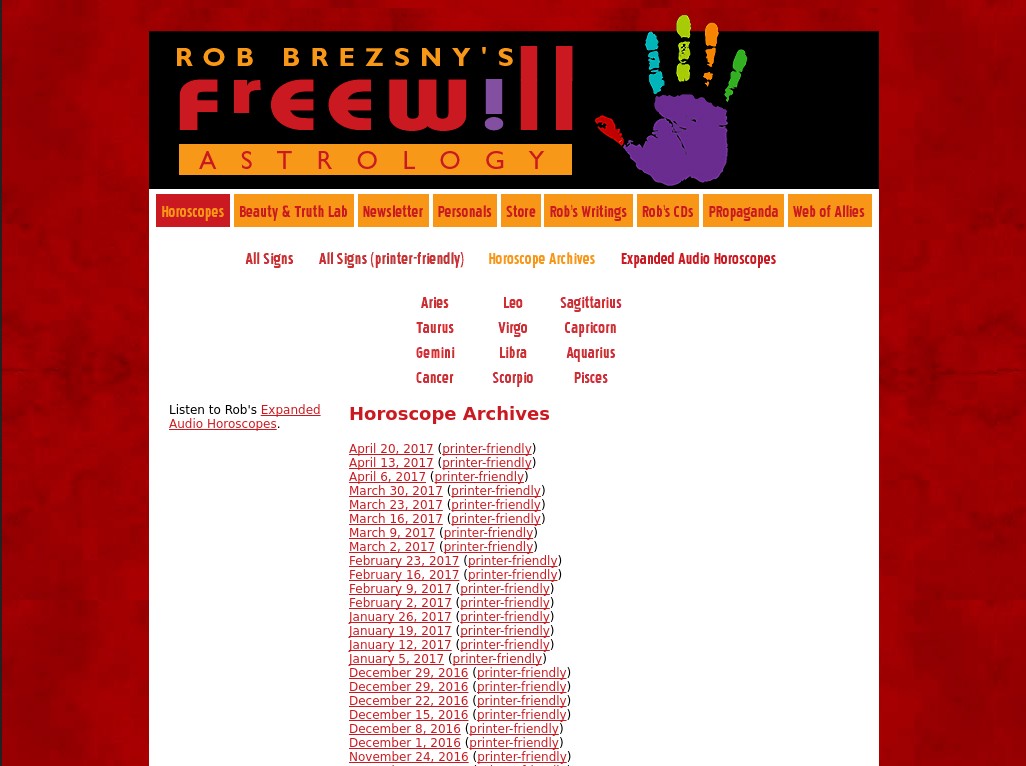 View all the Horoscope Archive (3)