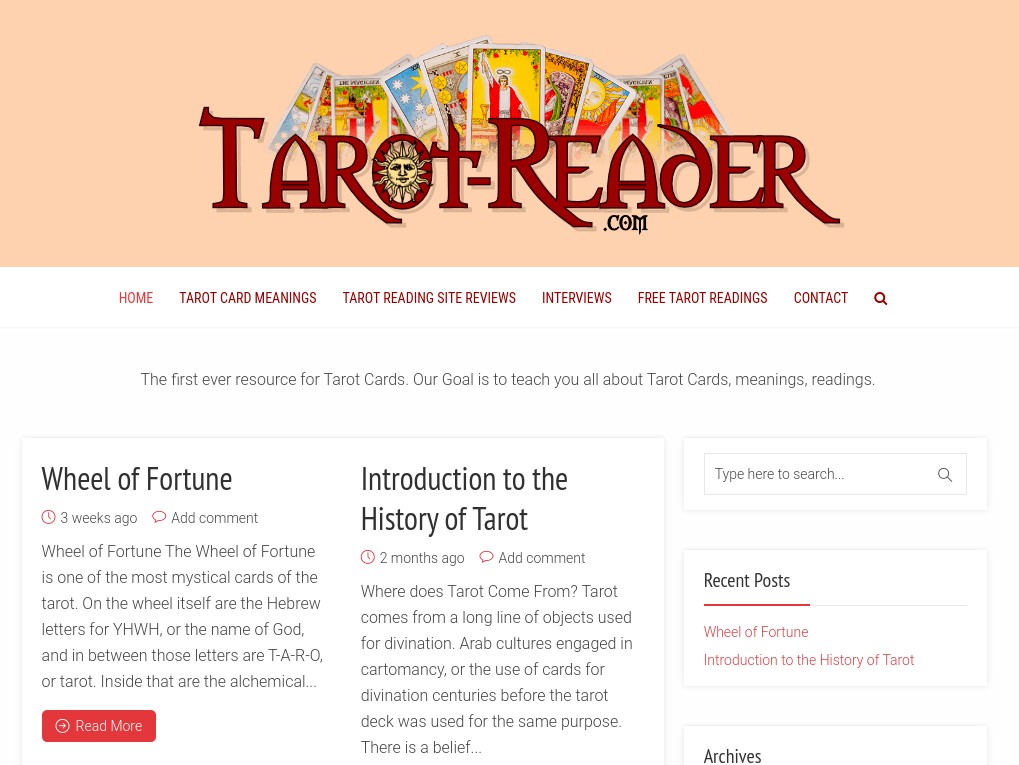 Have you ever want to learn tarot? It can seem daunting at first, especially if you don’t have anyone to guide you. Tarot Reader offers easy to read, simple explanations of the symbolism on the tarot cards so you can understand what’s going on and what they may symbolize. Since the tarot is largely a pictorial representation of various aspects of life and things that people may experience, one who hasn’t experienced all of these things may not quite understand what the card represent. Likewise, many of the symbols are ancient or very esoteric, so those who are just starting out with tarot cards as their first occult practice may not understand all that’s going on. Tarot Reader offers a solution.

The descriptions of the cards appear to come from someone who really understands the occult background of the tarot cards and doesn’t shy away from what the symbols actually are. There is a lot of Judeo-Christian, alchemical, and Order of the Golden Dawn influence in these cards. Whereas other writers tend to avoid descriptions that may ruffle feathers, this writer errs on the side of accuracy. Offering videos also helps those who are more visual learners, as tarot really is ultimately a visual experience.

Tarot Reader also offers free tarot card readings and tarot card site reviews. This appears to definitely be a labor of love for a fan of tarot cards. As such, it’s not certain who this mysterious David who loves tarot so much is and if he’s the one offering the readings. If so, it would be great, because it seems that he truly understands how to read and use the tarot.

-Excellent tarot card resource.
-Videos of the Major Arcana cards with explanations.
-Good lengthy written breakdowns about each card, including reversals and more.

No Social media yet. Where are you, David?

View all the Tarot Card Resources (1)